Just wanted to let you know that the 20th anniversary edition of my father’s biography has just been published and is out in the shops. It has a new, much-friendlier, name: A Prince Called “Charlie” which I’m sure my father would have liked.

The book is mosly unchanged but does cover the last decade of his life. There’s also a new introduction from me and a Foreword by Dina Zaman. 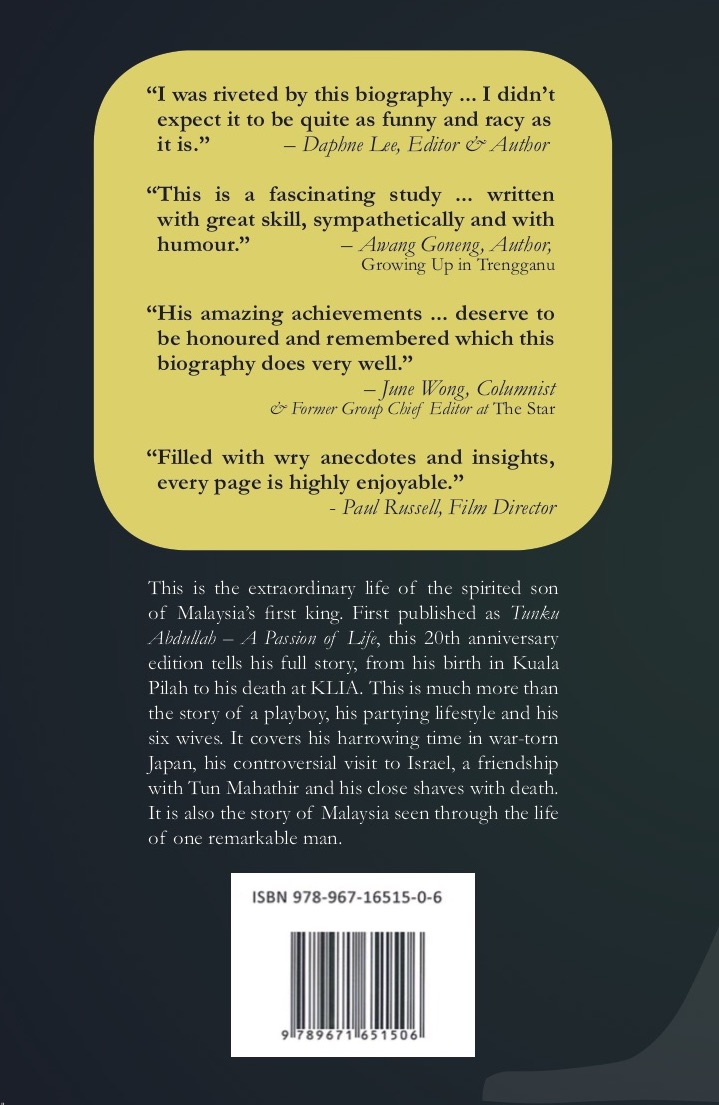 As you can see, the book has received several great endorsements. My father did live a remarkable life and, by writing it and republishing it, I want to share his story as widely as possible. I do hope you get to read it.

For as Tun Mahathir says:  “Not to record his riotious life would be a pity.”

4 thoughts on “A Prince Called “Charlie””