The Mesmerisings of Tunku Halim

My book talk is on today.

A fellow writer calls me “Horror-man” … so shouldn’t I be writing more dark tales, so that my gnarled fingers can probe the softest, most vulnerable parts of your brain?

In fact, the first book I ever wrote, back in 1991, was a self-help book on how to buy condos. So my start in writing was in the non-fiction arena.

I like to think that I’ve always had one foot in the fiction and the other in the non-fiction world. I think that’s okay, because I haven’t fallen over yet!

About six years ago, then living in Australia, I could literally see that obesity is a huge problem and would be a growing world-wide one. I worked out a lot then and had certain strong views: eat as much as you like, as long as you can exercise it off.

So I started writing a book based on the simple premise of energy in / energy out. But as I began to research the subject, my views began to change and ended up altering quite drastically.

I wrote and re-wrote and researched the book over several years. And when it was finally ready, I hated it. 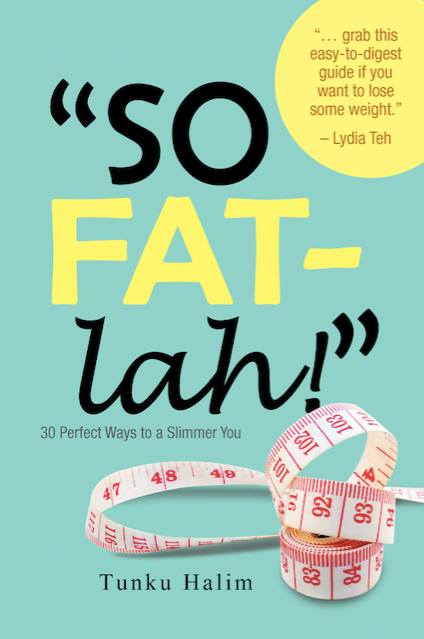 Yes, it contained all the weight-loss information one needed. But it was boring. It was lecturing and not unlike a text book. I would dread having it published.

So I put it away.

Then sometime last year, I hit on the idea of re-writing it just for Malaysians.

As I re-wrote it, I knew this was the right thing to do. I finished it within 2 months. This was the book that I’d always wanted to write.

“You wrote it for all of us,” a friend mentioned after she had ready it.